Everything You Want to Know about macOS Sierra‎ 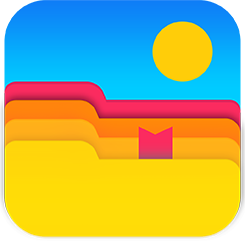 As mentioned above, the new name is macOS Sierra, but why not Mac OS X Sierra? In order to fit with the names of iOS, watchOS, and tvOS, Apple has changed OS X to macOS. And Sierra refers to a mountain range in central and eastern California. As far as versions go, it seems like the 10.x formula will remain in place as macOS Sierra’s official version number is 10.12, following on from OS X 10.11 El Capitan. 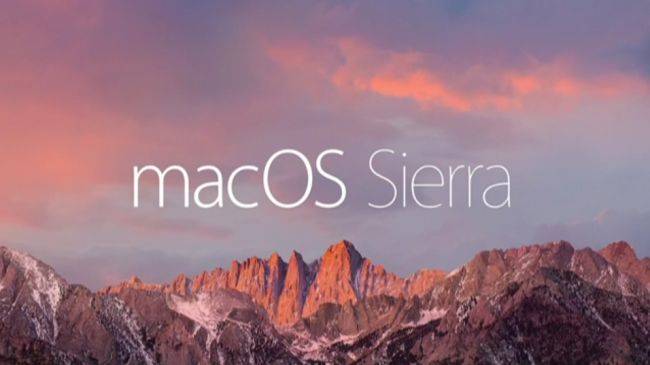 As expected, this new version of macOS will finally bring support for Siri to the desktop and Siri integration will be one of the key features coming in OS X 10.12. Siri can do just about everything its iOS counterpart can do just as Apple explained:

On macOS, Siri will work almost identically to how it works on iOS. You'll be able to call it to schedule reminders, send text messages, open apps, and look up movie times, sports statistics, and so on. On the Mac, Siri is activated by clicking its dock or menu bar icon.

And just like its iOS counterpart, Apple is opening up Siri to third party applications using the SiriKit API and Siri SDK. With Siri, we will be able to ask about sports results, locate your files, work out math problems, send messages, open applications, search the web, and more on macOS. 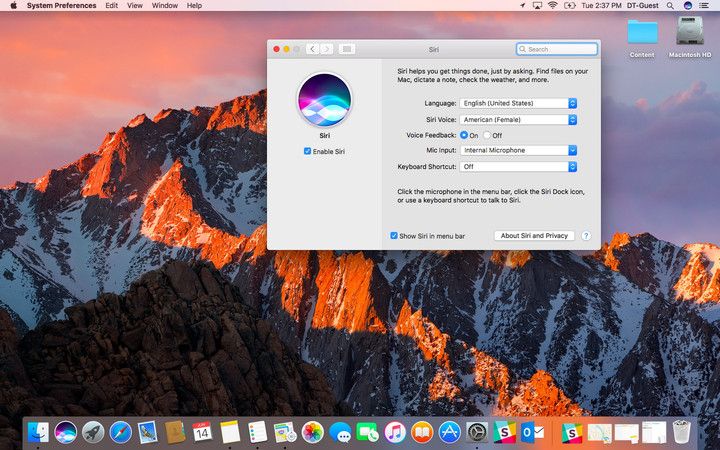 The Photos app in Sierra has been further enhanced to improve the way your photos are displayed and sorted. Photos can turn your precious moments into unforgettable experiences called Memories. The app promises to help you rediscover your forgotten moments by grouping images by criteria like people, places, holidays, travel and more. And intelligent search are supported, you can search your photos by what’s in them. 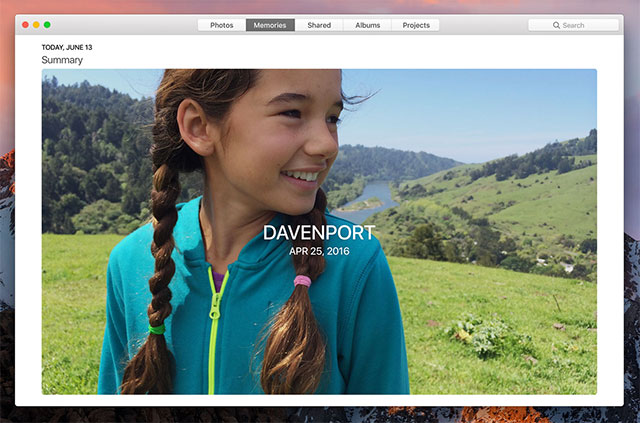 On macOS, Siri will work almost identically to how it works on iOS. You'll be able to call it to schedule reminders, send text messages, open apps, and look up movie times, sports statistics, and so on. On the Mac, Siri is activated by clicking its dock or menu bar icon.

When your Mac's HD or SSD is running out of room, the first solution you can think of is to find a Mac cleaner app or use a duplicate file finder to release hard drive space. But on macOS Sierra, Optimized Storage can help you automatically free up Mac storage space by storing rarely used files in the cloud and removing old files you no longer use, so there’s always space on your Mac for your new files.

Also new in macOS Sierra is the ability to automatically unlock your Mac with your Apple Watch over Bluetooth. When your Apple Watch is close to your Mac, you can unlock it simply by waking it without the need to enter a password. This is super convenient. But this is a feature that appears to be limited to the Apple Watch only, so if you don’t own one, then Auto Unlock won’t happen. 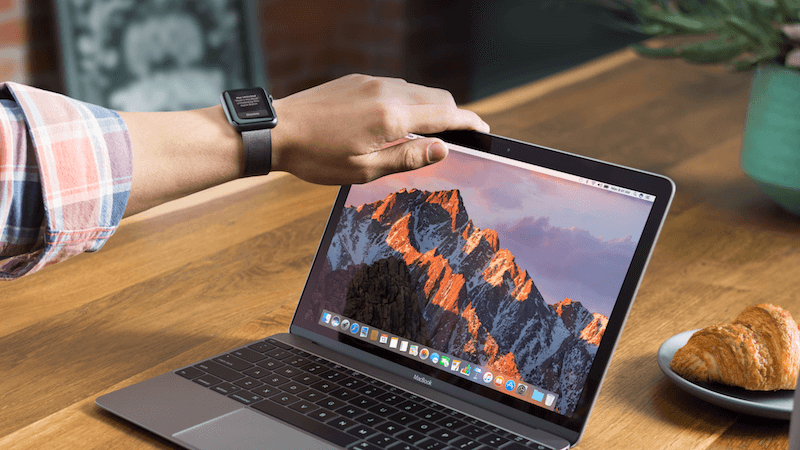 We always store our files and folders on Desktop, and sometimes they disappear due to unknown reasons, then we feel regret for not backing up the files. But now your Desktop and Documents folder can be automatically stored and updated in iCloud Drive, and you can also access your Documents and Desktop folders from any device via iCloud Drive.

iCloud will also make it possible for users to share items on their Mac desktops to other Macs, as well as to their iPhones. Users have already stored more than 10 billion documents on iCloud. - Craig Federighi

Along with iOS 10, macOS Sierra supports Apple Pay in the web browser, allowing Mac users to pay for purchases made on the web using Apple Pay. To be able to use Apple Pay in Safari on your macOS, you will see "pay with Apple Pay Button", which will prompt your nearby iPhone or Apple Watch for authentication when you click on it. With Apple Pay on macOS Sierra, online shopping will be a more secure and handier way. 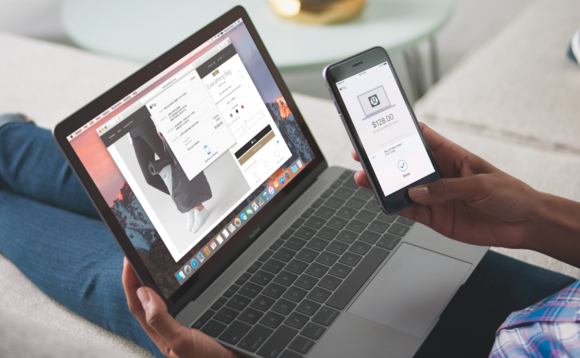 8. What are the other new features?

There are also some other new features showcased at Apple’s Worldwide Developers Conference. They include Picture in Picture, Tabs, and Universal Clipboard, etc. You can read the details below:

What macOS Sierra features you can get now on El Capitan?

After you read all the new features of macOS Sierra, I believe that you can’t wait to experience them, because I have the same motivation. And there are some features that we can get now on El Capitan.

1. The New Wallpaper. We can switch out the wallpaper to make El Capitan more closely resemble Sierra.

3. Better Photo Management. Actually, some features of Photos in macOS Sierra are basically what Google Photos has in the cloud. So before macOS Sierra released, we can download the Google Photos uploader for Mac for free to better manage our photos.

5. Optimize Mac Storage. On El Capitan, we can upload files that we rarely use to cloud services such as Dropbox and use some third-party apps such as Cisdem Unarchiver to compress large files or apps like Cisdem Duplicate Finder to remove duplicates on Mac.

6. Picture-in-Picture with Helium. There’s already a free third party app called Helium that can allow us to easily overlay videos and use the whole screen on Mac.

When will macOS Sierra be available?

We can experience some features of macOS Sierra on El Capitan now, but they are limited and some are paid, when will macOS Sierra be available? As introduced in paragraph 1, the final version will be available in the fall. Like the previous several versions, it will be a free update. And the public beta will be released in July. If you can’t wait to run macOS Sierra, you can try the public beta when released. But you have to keep in mind that it’s beta software, so there will be bugs and interface issues. You’d better backup your Mac data before installing the beta, otherwise you may lose you data and the only way you can get your data back is via a powerful data recovery for Mac.

Can macOS Sierra run on your Mac?

Here’s the list of Macs that can run macOS Sierra.

To determine your Mac's model year, click on the Apple logo in the top-left menu bar and select About This Mac. The model year is listed in the main Overview tab. If you have any questions about macOS Sierra, just leave comments below.

Top 7 Best iTunes Duplicate Removers for Mac and Windows 5 Ways: How to Edit a PDF on Mac with/Without Preview 2022 6 Best Security and Privacy Tips for Mac
Home > Everything You Want to Know about macOS Sierra‎