After Apple last updated its 13in and 15in MacBook Pro laptops in March and May of 2015 respectively, there are another big update for MacBook Pro 2016 coming. When and What will happen to MacBook Pro? We roundup the information for you. 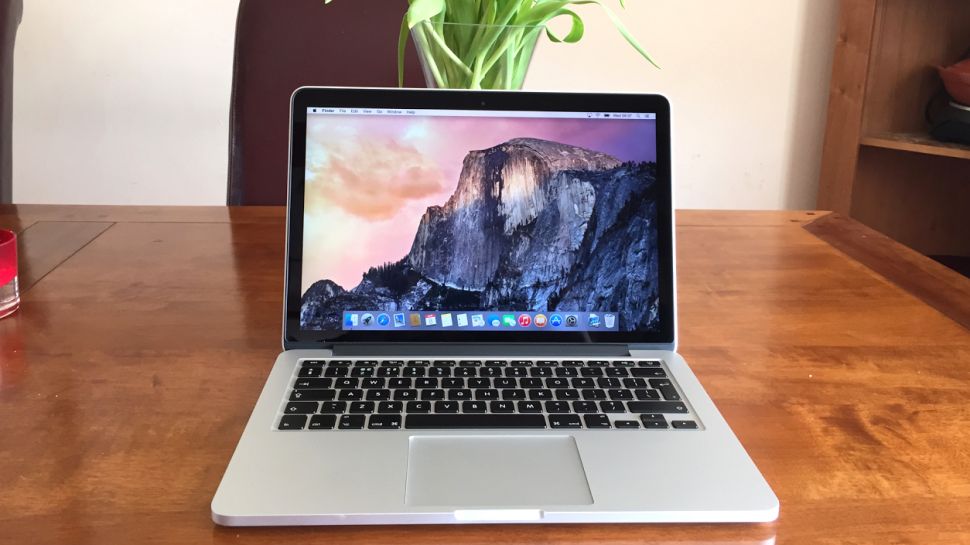 As the prior to the WWDC 2016 keynote, we believed that a new MacBook Pro would be introduced. However, it let us down. Lots of great stuff was announced at WWDC 2016 on 13, June, including macOS Sierra and a rather hefty iOS 10 update, but there were no hardware announcements at all.

As the Rumors said Apple is gearing up to release new 13-inch and 15-inch MacBooks in the Second half of 2016, specifically the last quarter. It reckons they will feature hinges produced using a mechanism called 'metal injection molding'.

The current MacBook Pro range starts at £ 899 ($1,099) for the 13-inch non-Retina model, rising to £ 999 ($1,199) for the entry-level 13-inch Retina MacBook Pro and topping out at £ 1,999 ($2,099) for the 2.5 GHz 15-inch Retina. The 13-inch non-Retina MacBook Pro, tucked away apolopetically at the foot of Apple's product page, surely can't be long for this world; come the updates we'd expect it to vanish in favor of a Retina 13-inch model instead. And Apple tends to keep its pricing similar between generations, so an £ 899 entry-level Pro with Retina display is likely to be the baby of the range.

Removal of 3.5 mm headphone jack: Say it isn't so! Rumors regarding the iPhone 7S apparent removal of the headphone jack have been floating around the Internet for months now, but if the recent speculation is true, it is not the only program to lose the feature. If Apple is to move the public on front wired headphones, it must completely kill off the port from the rest of its range, including Macs, laptops and even iPads, with the MacBook Pro 2016 being first on the list.

OLED Touch Bar: Trusted analyst Ming-Chi Kuo has said that we should expect a redesign for the MacBook Pro this year, with a thinner and lighter body, Touch ID and an OLED display touch bar just above the keyboard. "While long overlooked, the MacBook line is the brightest spot for Apple's 2016 rollouts," Kuo said in a report sent out on 23 May that has got everyone excited. What is more, he explains that the OLED display touch bar will replace the physical function keys, and that it could come with Thunderbolt 3 / USB-C. Inside, we can expect to see faster Skylake processors powering the MacBook Pro and new graphics cards too.

Cellular 4G connectivity: with the decrease in 4G connectivity costs and SIM- only deals, it's very much possible that Apple want to bring a 4G-enabled MacBook Pro. The 4G MacBook Pro would most probably be an added hardware cost to buyers, meaning a similar price structure as the iPads. In 2007, there were rumors around the MacBook having a 4G connection by use of an external antenna, but given Apple's sleek design, it was most likely scrapped. Given how technology has moved forward, it would be feasible to see Apple integrating a Cellubar connection through the MacBook's outer shell.

Screen & TouchScreen: As the rumours says the new Macbook Pro 2016 will have a 2304*1440 resolution, which is the same resolution as the current 12in MacBook Pro. We don't expect to see a 4K/5K screen, but Apple could always surprise us, by upping those pixels per inch from 226 pixels per inch (ppi) to 400-500ppi. What is more, there is another rumor says MacBook Pro 2016 will have a touchscreen, and that it might even be detachable from the screen a lot like the Surface Book.

Physical design: Like the 12in MacBook, MacBook Pro 2016 may get new colour model - gold option. Besides, as techRadar reports that the MacBook Pro will get a new hinge design, and claims this will be created by Amphenol, which makes the hinges on the macrosoft Surface Book, while Kuo suggests we'll see a thinner, lighter MacBook Pro with several new features including the Touch ID sensor and touch bar. The macOS Sierra code does reference biometric inputs, so a Touch ID fingerprint sensor is possible, particularly after the introduction of Apple Pay for Mac.

Keyboard: Butterfly key mechanism in the new MacBook Pro 2016 may return. The new mechanism was used in the older MacBook 2015 keyboard and we therefore expect to see this flush, easy-to-type-on key switch used-in the upcoming version. However, there is another rumor says about the keyboard: that there won't be any physical keys at all. Instead, you'll just get a flat, 'zero-travel' touch-sensitive slate that gives force feedback to offer the illusion of physical movement-just like the Force Touch trackpad.

Skylake Processors: The new MacBook Pro models are likely to feature Skylake processors, the new, sixth generation chips by Intel. At present, there are no Apple's MacBooks offer Skylake so it's highly likely that Apple plans to address this soon. Skylake will bring sighificant performance gains to the new MacBook Pro, too, making it an even faster machine.