It’s been about 3 months since Apple has announced “Live Photos” with the iPhone 6s and 6s Plus, which captures a second and a half of audio and video moments like very short videos. The feature is very new, and people find ways to share them out!

Several days ago, Facebook has added the ability to upload and view Live Photos within their iOS app. For now, only the iPhone 6S and iPhone 6S Plus can upload Live Photos, but you can view them with devices that run on iOS 9 and above including the iPhone 4S.

In fact, Tumblr Team has already added the support for Live Photos, and everyone with or without iPhone 6s and 6s Plus can view them. Check more: Apple’s iPhone Live Photos Now Work On Tumblr from TechCrunch. 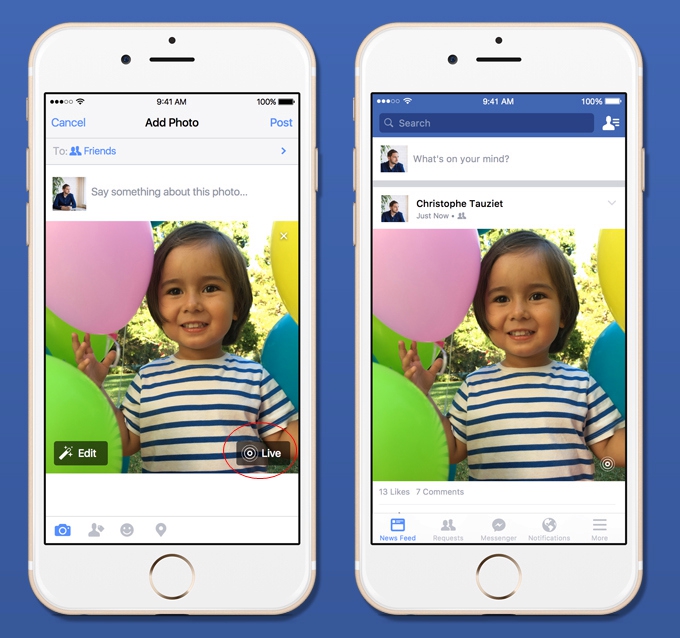 Now the biggest photo sharing platform Facebook has realised the update too. Uploading a Live Photo is as simple as uploading the standards. In the main Facebook app, tap the “Photo” button at the top of the News Feed, and then, select the Live Photo you want to upload. Then, don’t forget to tap on the “Live” icon at the bottom right. If not, only the still photo will be uploaded.